We jointly interview subjects from all range of areas from entertainment, technology, politics, to basic person on the street stories.  While interviewing, Jim films via 4K cameras and Tim illustrates the subject on his Wacom Cintiq Hybrid tablet. If you can imagine a program that is a blend of HGTV’s Property Brothers, Charlie Rose, and Bob Ross then you’ve got our show.

Most amazingly, our process, called GLOGGING, is a new form of Cartoon Journalism.  The genesis of this concept was generated during a collaboration with Joyce Brabner’s COMIXCAST. 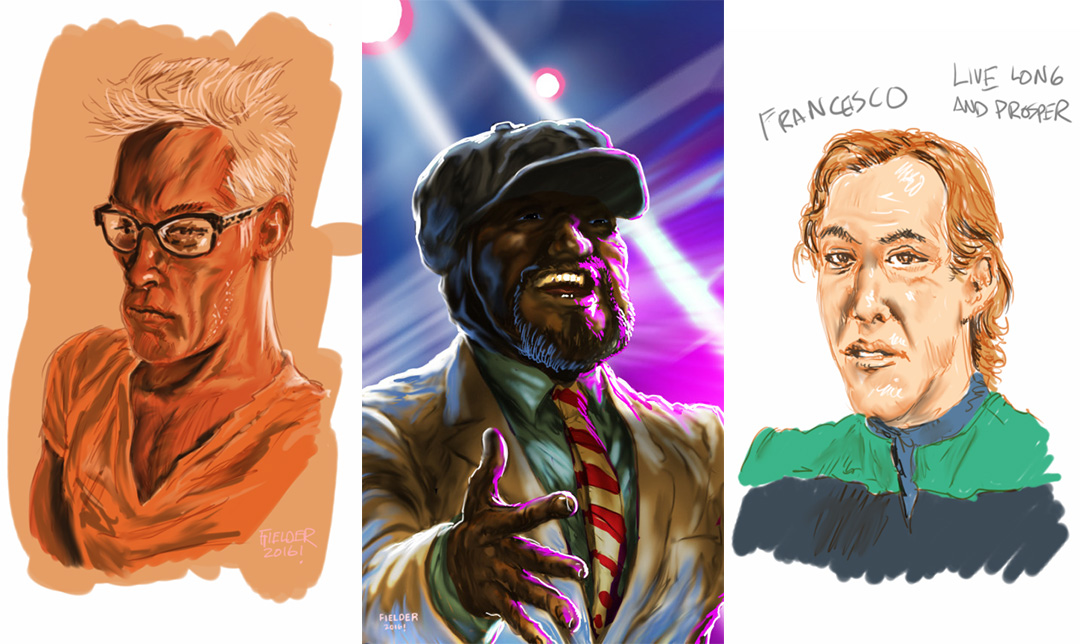 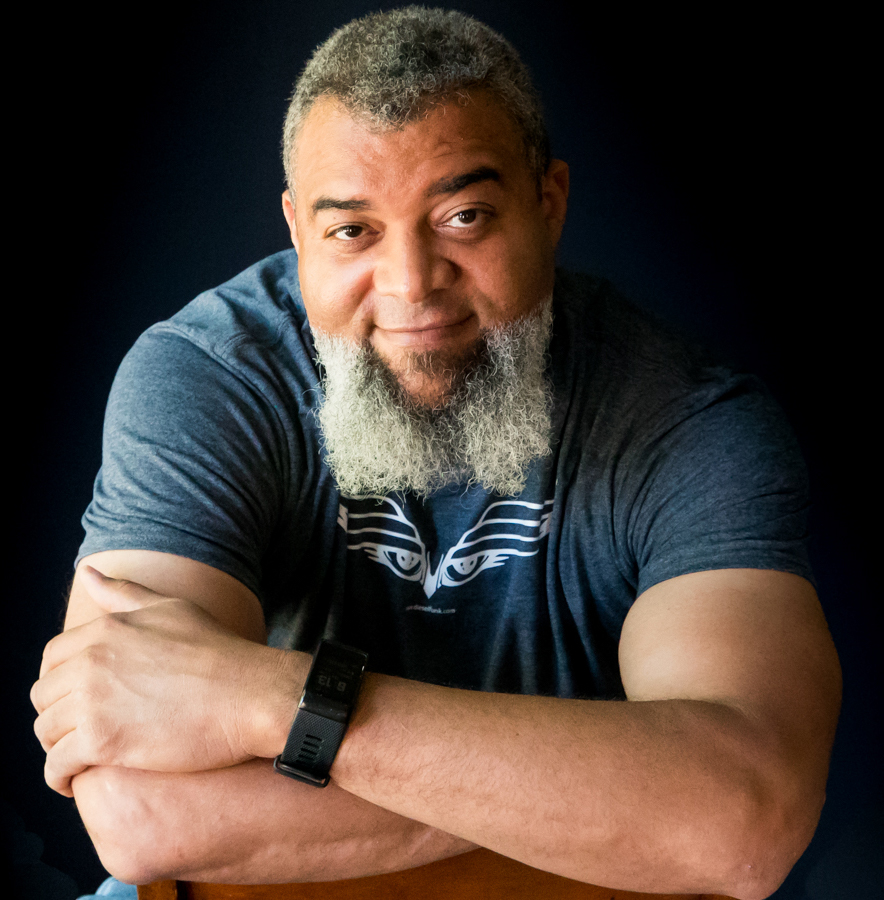 Jim Fielder is a Atlanta, GA area based Filmmaker and Educator.  Born and raised in the Heart of the Mississippi Delta, he specializes in detailed plotgraph storytelling with an emphasis on characters. Starting his career in the independent film scene in Atlanta, GA on productions such as Julie’s Dash’s ‘Daughter of the Dust’, Jim ultimately graduated to the NYC film industry on Spike Lee’s Crooklyn and Larry Clark’s ‘Kids’. His feature film, PHLO, is a Black Horror film that will shortly debut at film festivals far and wide. Jim is the founder of Studio Visceral.

Tim Fielder is a Glyph Award winning Illustrator, concept designer, cartoonist, and animator born in Tupelo, Mississippi, and raised in Clarksdale, Mississippi. He has a lifelong love of Visual Afrofuturism, Pulp entertainment, and action films. He has worked over the years in the storyboarding, film visual development, gaming, comics, and animation industries for clients as varied as Marvel Comics, The Village Voice, Tri-Star Pictures, to Ubisoft Entertainment. He is also known for his TEDx Talk, on the subject of Afrofuturism, and for founding ‘AFROFUTUREFEST’, the first branded collective booth of creators of color in New York Comicon history. His projects, INFINITUM and Matty’s Rocket, are graphic stories from his company Dieselfunk Studios. Tim makes his home with his wife and children in the rapidly gentrifying neighborhood of Harlem.